Insights: Emson v. Hozelock: Public prior use and a “mere paper proposal”

On 8 July 2020, the Court of Appeal issued its decision in the Emson v. Hozelock case ([2020] EWCA Civ 871). The two patents in question related to expanding garden hoses. The case had largely been argued on points relating to public prior use and to inventive step over a piece of prior art from a different field.

In the High Court ([2019] EWHC 991 (Pat)), arguments were presented on whether the invention had been publicly disclosed by the inventor during experiments with prototypes carried out in his front garden, thereby depriving the patent of novelty. Although the experiments were carried out in a place which could have been viewed from a public place, the judgement stated, “If anyone had tried to observe him they would not have seen anything because he would have packed everything up. In other words although any member of the public could have turned up at Skylark Point and stopped to look, had anyone done so, whether a skilled person or anyone else, he would not have been given access to any information.” The experiments were not considered to have made the information available to the public, and so the experiments were not found to be a novelty destroying disclosure by public prior use.

It had been anticipated that the Court of Appeal decision might provide further comment on this point. In the event this decision sidesteps the issue of public prior use, focussing instead on the High Court’s decision that the claims were obvious over a different disclosure, US2003/0000530 of McDonald. However, the Appeal decision does include comment on the obviousness issue, based on whether the disclosure of McDonald is a “mere paper proposal” and on the effect of this disclosure on the inventiveness of the claims. This was a matter of disagreement between the Court of Appeal judges.

The McDonald prior art was a patent application in a different field, relating to a self-elongating oxygen hose for aircraft oxygen systems. The person skilled in the art for the Emson patents was considered to be a person interested in the design and manufacture of garden hoses. The High Court judgement stated “… the difference between McDonald and the inventive concept of the Patents is that McDonald is not a garden water hose assembly. As such it does not expand by the operation of water pressure and does not have a water-flow restrictor.”

Floyd LJ discussed at some length factors to be considered when deciding the effect of prior art in a different field on the obviousness of a claimed invention, and on the “dangers of hindsight”. He also discussed the concept of prior art which is considered a “mere paper proposal”, referred to in Grimme Maschinenfabrik GmbH & Co KG v Scott ([2010] EWCA Civ 1110) as “long disregarded unused proposals”.

With regard to the present case, on the question of a “mere paper proposal” Floyd JL stated “First, it seems to me that the judge treated McDonald as a real, practical machine, as opposed to a mere paper proposal. There was no evidence whatsoever that McDonald’s apparatus had ever been made in the eight years between its publication and the priority date, and it followed that there was no reason to assume it was a practical proposal for any purpose. In the absence of evidence that McDonald had led anyone in the cabin crew breathing apparatus market to do anything, the judge should have approached the suggestion that its disclosure would be regarded as useful by a skilled person interested in garden hose design with a high degree of scepticism” and also “I think that, overall, the judge was misled into treating a paper proposal as if it were something which had been made and tested, when the evidence of both experts was that they could not fully understand the detail of how it was supposed to work. All this is redolent of the use of hindsight.”

Considering arguments made on differences between garden water hoses and the oxygen supply hose of the type considered in McDonald, Floyd LJ concluded “The judge was wrong to disregard the fact that the tubing which McDonald brings to mind is radically different, in this and other respects, from anything ever used for a garden hose”. Ultimately, Floyd LJ considered the patents not to be obvious over McDonald.

Notably Arnold LJ, the other specialist IP judge in the case, took the opposite view on the question of obviousness over McDonald. In his reasoning, Arnold LJ noted that the problem addressed by McDonald is that of saving space, which is also a problem addressed in the patents. He also considered points on technical features in McDonald, but stated “I see no error in the judge’s approach, whether of hindsight or otherwise, and I consider that his conclusion was open to him”.

On the question of whether to treat McDonald as a “mere paper proposal”, Arnold LJ accepted that “the fact that there is no evidence that McDonald was commercialised is a relevant consideration”. However, he noted that the evidence was not that McDonald is “long disregarded” but rather related to McDonald being “unknown to those in the hose industry”. He also noted that the evidence did not establish that McDonald being “unused” was due to it not working (as was the case in Grimme). In conclusion on this point, he stated “In any event, the cogency of McDonald’s teaching and the applicability of its solution to the problem at hand was explored in the evidence and the judge carefully analysed the evidence on these questions. I cannot see that in doing so he treated McDonald as a real, practical machine.”

This case provides some useful indicators to consider when arguing over prior art in different fields in both prosecution and litigation of UK patents. Of particular interest, though, is the difference in opinion between the two IP specialist judges, who could not agree on the obviousness of the claims over an obscure piece of prior art. It will be interesting to see how this case develops if it is taken to the Supreme Court. 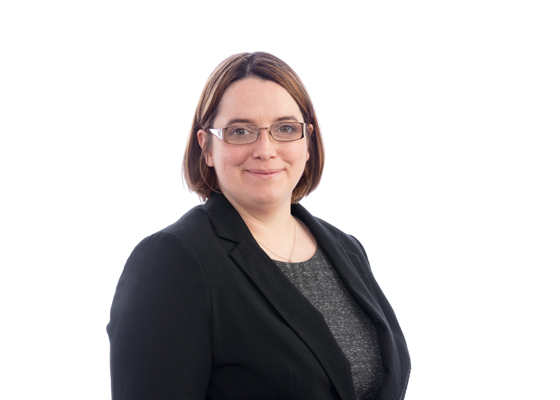