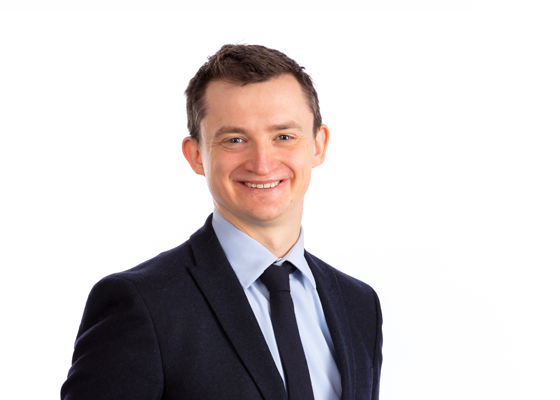 Phil has experience in the drafting and prosecution of patent applications in the UK, Europe and worldwide. Phil has also been involved in multiple opposition proceedings and appeal proceedings before the EPO and a number of freedom-to-operate and due diligence projects.

Phil regularly works with inventors as well as small businesses and large global organisations, with subject matter ranging from mechanical devices to computer-implemented inventions. Phil also regularly volunteers for the Chartered Institute of Patent Attorneys IP Clinics to give advice to unrepresented inventors.

He has particular interest in the patentability of business methods and software inventions, with experience in the fields of telecommunications, artificial intelligence, machine learning, financial systems, blockchain and digital content distribution.

Phil has an MPhys degree from the University of Oxford and a PhD in Condensed Matter Physics from University College London. His scientific work and expertise was based in the field of Quantum Magnetism, with a research focus on excitations and criticality in low-dimensional spin systems. His experimental work included development of neutron scattering techniques and instrumentation, using large-scale facilities at the Institut Laue–Langevin in Grenoble and the Paul Scherrer Institut in Switzerland.

Phil was awarded the best mark in Europe for patent drafting in the European Qualifying Examination, in 2016.

T0161/18 – Sufficiency and Machine Learning at the EPO

Apportionment of costs at oral proceedings

T1159/15 – Data structures and their technical character at the EPO

Update on AI Inventorship – DABUS applications refused by the EPO

Unsearched subject-matter at the EPO

Accelerating the patent process at the EPO

Improving your grant rate of computer-implemented invention patents in Europe