The Supreme Court of the United Kingdom recently handed down its decision in the case of PMS International Group Plc (Respondent) v Magmatic Limited (Appellant), otherwise known as the Trunki case.

By way of brief background, Magmatic (the designer of the Trunki suitcase) had launched infringement proceedings against PMS International in respect of a European Registered Community Design (RCD). Magmatic had been successful in the High Court, which found that the RCD was infringed by PMS International. The High Court decision was overturned in the Court of Appeal. The Supreme Court effectively upheld the decision of the Court of Appeal, so the final word on the matter is a finding of no infringement.

One of the representations in Magmatic’s RCD is shown below, adjacent to one of PMS International’s products: 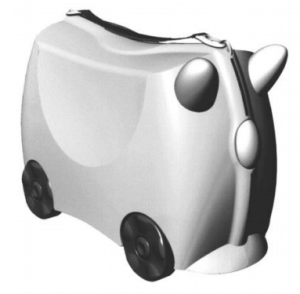 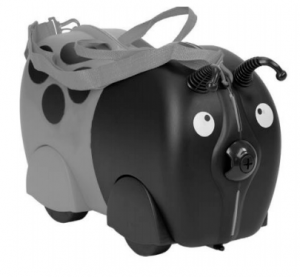 The designer of the Trunki had previously disclosed a children’s ride-on suitcase called the Rodeo which was relevant when determining the scope of protection afforded by the RCD. 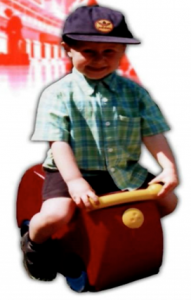 By the time the case reached the Supreme Court, the issues to be decided were relatively narrow. The Supreme Court agreed with the Court of Appeal in finding that:

In short, therefore, since PMS International’s design was (a) not a horned-animal, (b) included surface ornamentation that contributed to the overall impression; and (c) did not have a two-tone contrast between, on the one hand, the wheels and strap, and, on the other hand, the body, the Supreme Court found no infringement.

It seems likely that the significance of the “horned-animal” to the overall impression on the informed user would have been reduced in the event that the Rodeo disclosure had never been made. By disclosing the Rodeo before the filing of the RCD, Magmatic effectively reduced the scope of protection of the RCD.

The Supreme Court decision states that “it is right to bear in mind that an applicant for a design right is entitled, within very broad limits, to submit any images which he chooses”. The fact that the applicant chose to submit a computer aided design (CAD) drawing which shows the surfaces clearly and without ornamentation appears to have been influential in the Supreme Court’s view that the absence of ornamentation contributes to the overall impression.

If the design had been represented in the RCD by black on white line drawings showing only the overall shape of the design and with less emphasis on the surfaces, the scope of protection may not have been limited by the unornamented surfaces or the tonal contrast.

Lesson one: If you develop an early prototype design, keep in mind that if you disclose it then it may influence the scope of protection afforded by a later Registered Design to an improved design.

Lesson two: File a number of Registered Designs to include line drawings, CAD drawings and photographs of the product. Line drawings are likely to provide a broad scope, CAD drawings less broad, and photographs most narrow. In the event of a desire to take action for infringement, the rights holder can then make a choice about which RCD to rely upon dependent upon the facts of the case.

The finding of no infringement in this case has prompted a wide range of responses from designers, intellectual property attorneys and other interested parties. Perhaps this is because the role of subjective analysis in determining infringement is arguably greater for registered designs than for other forms of intellectual property. Nevertheless, the decision provides designers with clear and broadly-applicable lessons for future design filing strategies which should help to avoid the same pitfalls in the future.