In a recent judgement between Nestec and Dualit, The Patents Court has provided guidance on how contributory infringement under S60(2) and S60(3) of the UK Patents Act 1977 should be interpreted.

S60(2) has a proviso under S60(3) in that ‘subsection (2) shall not apply to the supply or offer of a staple commercial product unless the supply or the offer is made for the purpose of inducing the person supplied or, as the case may be, the person to whom the offer is made to do an act which constitutes an infringement of the patent by virtue of subsection (1) above.’

In this case, the defendant (Dualit) manufactured alternative coffee capsules for use in the claimant’s (Nestec) Nespresso coffee machine. The claimant’s patent was directed to a system of removing a used coffee capsule from a coffee machine which comprised a series of components which interacted with the capsule via a flange located thereon. Both the coffee machine and the capsule were recited integers of the claim. The Patents Court considered whether the marketing of these capsules amounted to contributory infringement under S60(2) of the claimant’s patent. The Patents Court has ruled that it did not.

In arriving at this conclusion, the presiding Judge broke his discussion down in to four main parts:

a) Was the defendant supplying their coffee capsules to ‘a person other than a licensee’?
Since supplying parts of an invention to a licensee does not amount to contributory infringement under S60(2), the defendant tried to argue that the owner of a Nespresso machine was impliedly licensed to use the machine in any way he or she pleased, including with compatible capsules.

The Judge agreed with this argument. Accordingly, the defendant was deemed to be supplying their capsules to a licensee and therefore not infringing under S60(2). The Judge added that this conclusion was logical when looked at in terms of exhaustion of rights: ‘by consenting to the manufacture and sale of Nespresso machines, Nestec have exhausted their rights under the patent to restrict purchasers’ freedom to use such machines in accordance with their normal function. Their normal function is to make coffee from capsules. Accordingly, Nestec have exhausted their right to rely upon the patent to control the source from which purchasers acquire such capsules.’

Since UK case law in this regard was limited, the Judge looked to foreign, in particular German, case law (Impeller Flow Meter [Case X ZR 48/03]) for guidance. Based on this case, the Judge inferred that for an element to be non-essential in a claimed invention, it must be completely of ‘subordinate importance to the technical teaching of the invention’.

The Judge concluded that to be a staple commercial product, the product must ‘be one which is supplied commercially for a variety of uses’. Based on this definition, since the defendant’s coffee capsule was intended for use in only a small number of coffee machines, and thus limited to only a few applications, the Judge found that the coffee capsule did not constitute a staple commercial product under the S60(3) exemption.

d) Did the coffee capsule provide ‘means suitable for putting the invention into effect’?
In answering this question, the Judge referred to the Schütz v Werit case and considered whether or not the capsule could be considered a ‘subsidiary part’ of the invention (see our previous Bulletin for information on what constitutes a subsidiary part).

Following Schütz v Werit, the following factors were taken into consideration:
i) the price of each coffee capsule relative to that of the coffee machine was very cheap;
ii) each capsule could only be used once and was therefore designed to be replaced; and
iii) each capsule, although relating to an essential part of the claimed invention, did not relate to the inventive concept of the invention (since the inventive concept was in the way the machine removed the flanged capsule from the coffee machine, not that the machine included a flanged capsule per sé).
Based on these factors, the coffee capsule was considered to be a subsidiary part of the invention. Therefore, supplying the capsule to consumers did not provide ‘means suitable for putting the invention into effect’ under S60(2).

Whilst the result of this case is clearly good news for these third party manufacturers and ultimately the high-street consumer, for original manufacturers the implications of this case are not so positive. For these manufacturers, to maximise their chances of preventing the sale of any alternative consumable for their product, they should try to obtain some form of IP for the consumable product on its own, either via a patent or from some other form of IP (for instance a Registered Design).

The most controversial aspect of the Judge’s decision in this case is whether the purchaser of a Nespresso machine can be considered an implied licensee thereof. Since the implications of this conclusion are so far-reaching, it is expected that Nestec will appeal this decision to The Court of Appeal. 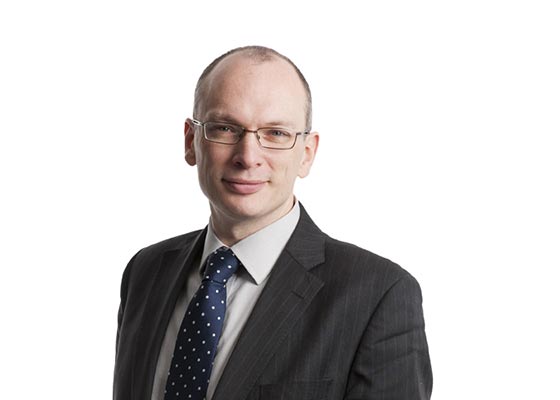