Insights: Don’t be evil – a tale of adwords

AdWords have caused quite a stir in the world of e-commerce in the last few years. Following the jurisprudence of the Court of Justice of the European Union (CJEU) in the earlier Google France cases, the UK has recently had its own interpretation of the position on AdWords in the whopping judgment of Interflora Inc and Interflora British Unit v Marks and Spencer Plc and Flowers Direct Online Limited [2013] EWHC 1291 (Ch), “Interflora” by the illustrious Mr Justice Arnold.

Before reviewing the current UK position on the interaction between trade mark law and online advertising, a brief overview of what AdWords are and how they have come to be significant is outlined below.

What are AdWords?
Google AdWords are keywords which are a popular method of targeted advertising on the internet. Advertisers bid for words, which when entered into the search bar trigger the display of advertisements linked to that keyword above, below or beside the organic search results. These advertisements are also known as sponsored links.

Some keywords are popular in relation to advertising and therefore more than one party may be interested in a particular term or phrase. When this happens, the party who makes the highest bid for the keyword will enjoy the highest rank on the display. Therefore, the more popular a keyword is, the more expensive it becomes.

What is all the fuss about?
Keywords which are too general or generic make it difficult for advertisers to promote their goods and services. Therefore making a keyword more specific makes it easier for advertisers to target the right consumers – one way of targeting particular consumers is to use trade marks as keywords.

Prior to May 2008, Google operated a take down policy where it would prevent the use of trade marks as keywords if the proprietor of the mark objected. When this policy changed, proprietors could no longer object and it was open to advertisers to bid on the trade marks of their competitors to advertise identical or similar products and services.

The Google France cases
The first tranche of European cases to deal with AdWord related trade mark infringement were three joined cases brought against Google France SARL by parties including luxury fashion house Louis Vuitton. These cases involved an advertiser using the claimants’ trade marks as AdWords to advertise competing or counterfeit goods and services. As a result, the proprietors of the marks brought proceedings for trade mark infringement.

These cases are collectively known as the Google France cases and they were referred to the CJEU from the French Cour de Cassation.

The interesting thing about these initial cases is that the majority involved lawsuits against Google France rather than the advertisers themselves. There were several benefits to this strategy including the potential to prevent the use of trade marks as keywords at the source as well as being compensated for any damage the proprietors suffered.

The key findings in the Google France cases can be summarised as follows:

• The offer of trade marks as keywords to third parties did not constitute use of those trade marks by Google;

• Google was exempt for liability for trade mark infringement under the terms of the EU e-Commerce Directive as it was an information society service (ISS) provider and therefore it did not play an active role in providing the information it stored;

• But – where Google or any ISS provider was made aware of any illegality in relation to the data it stored, it was bound to act expeditiously to remove or disable access to the data concerned; and

• The use of trade marks belonging to others by an advertiser isn’t in itself trade mark infringement – infringement will only occur where the essential function of a trade mark is adversely affected and this must be determined on a case by case basis.

Undoubtedly, the primary function of a trade mark is to indicate the source of the goods and services for which it is being used, which is what the Court termed as a mark’s “origin function”. There have been other trade mark functions identified in case law, including advertising, investment and communication functions.

The Google France cases developed the first EU test of whether an advertiser committed trade mark infringement by affecting the origin function of a mark as follows:

The origin function of the trade mark is adversely affected if the ad does not enable normally well informed and reasonably attentive users, or enable them only with difficulty, to ascertain whether the goods or services referred to by the ad originate from the proprietor of the trade mark or an undertaking economically connected to it, or, on the contrary, originate from a third party.

Back to the future
Coming back to the present case of Interflora, Mr Justice Arnold had to apply the Google France tests to an AdWords infringement action brought by the well-known international florist network Interflora against high street giant Marks & Spencer (M & S).

Following the Google AdWords policy change in 2008, M & S bid on various keywords for its online advertising campaign, including the trade mark “interflora”. As a consequence, when users searched for the term “interflora” in the Google search engine, competing M & S advertisements for flowers were displayed above, next to or below the organic search results. Interflora subsequently sued M & S for trade mark infringement.

After the initial hearing, Mr Justice Arnold referred a series of questions on the interpretation of the relevant law to the CJEU. When these findings were referred back to the UK Court the final judgment in all of 326 paragraphs was delivered on 21 May 2013.

M & S was found liable for trade mark infringement in the context of the prevailing facts. The Court held that Interflora was not just a sole operator offering goods and services to consumers – it was a network made up of several floristry businesses. M & S could plausibly have been part of this network and at the relevant time, the advertisements did not enable the significant proportion of reasonably well informed internet users to ascertain that M & S was in fact not a member of the Interflora network, but that it was offering competing services. In the event that Interflora was a sole operator and not a network of providers – we would likely have seen a different result.

The law of the land
The Interflora decision clarified the UK position on the use of trade marks as AdWords or keywords by people other than their proprietors. Consistent with the EU position, the Court held that the use of someone else’s trade mark as a keyword is not in itself trade mark infringement. Whether infringement has occurred will depend on whether an essential function of the trade mark has been adversely affected and this will be a finding of fact in every case.

Trade mark infringement will occur where an advertisement does not enable the reasonably well informed and reasonably attentive internet user, or enables them only with difficulty to ascertain whether the goods and services advertised originate from the trade mark proprietor or an economically linked undertaking. The onus is on the advertiser, not the trade mark owner to show that the ad in question was clear as to where the goods or services advertised originate from.

If the trade mark in question has a reputation and its proprietor alleges that there has been additional injury to its distinctive character or repute or that the alleged infringer has taken unfair advantage of the mark, the proprietor must first be successful in showing that one of the essential functions of the trade mark has been affected before it can succeed on these additional grounds. If the proprietor can prove this, it must then also satisfy the usual trade mark infringement tests required of marks with a reputation.

In reaching its decision, the Court aimed to balance the interests of trade mark proprietors with those of consumers and fair competition. Mr Justice Arnold added that where an advertisement offers an alternative to the goods/services of the proprietor and it does not offer an imitation of these goods/services and it does not affect one of the essential functions of a trade mark or dilute or tarnish the trade mark, then this constitutes fair competition and use of the mark will not be without due cause.

Alas, Mr Justice Arnold was denied the pleasure of considering whether the use of another’s trade mark as an AdWord constitutes comparative advertising as it was not pleaded as a defence in this case. We will sadly have to hold our breaths for that decision in the future.

In summary, not every use of a third party’s trade mark as a keyword will constitute trade mark infringement. Trade mark owners do not have the ability to prevent the use of their trade marks as keywords by competitors where the advertisement linked to that keyword is clear in identifying the source of the goods or services advertised and where the essential functions of the trade mark are not adversely affected. However, advertisers who decide to use their competitor’s trade marks as keywords may find themselves bearing the burden of proving that reasonable internet users could not have been confused and that the marks have not been damaged.

One can’t help but think that the real winner in the online battle of the brands is Google! 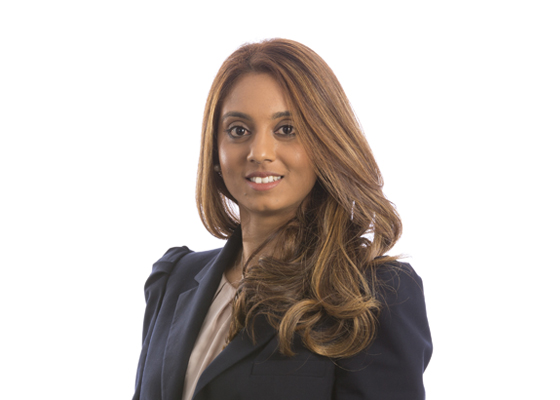